Colluvio is a Workshop for Chamber Music and promotes cosmopolitan encounters among young people.

Year after year in the summer the colluvio Chamber Music Academy invites young generation musicians from all over Europe to Schloss Hornegg in Austria.
Following intensive Master Classes in Chamber Music a concert tour takes place to various European cities as

At the same time it goes without saying that colluvio sees itself to be a musical ambassador in the sharing and promoting of values common to European citizens.

“Together in Europe” presents the ORF documentary film about colluvio. 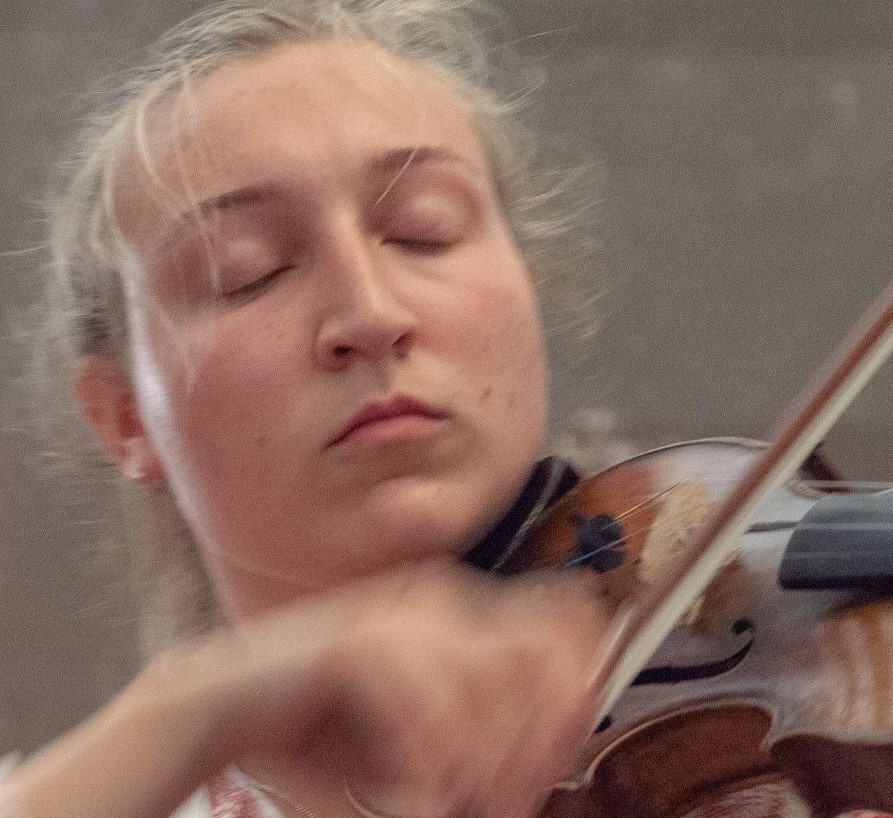 Devotion and dedication lead to the development of musical expression.

„colluvio is more than a Masterclass.“

The Workshop for Chamber Music colluvio, open to participants from all European countries, follows up an intensive rehearsal phase with an international concert tour.

Several well-known European youth orchestras have already followed this concept since the 1980s, rounding off their preparation studies with a series of concerts in different European countries. With Masterclasses for Solo or Chamber Music this has not been the case – colluvio fills this gap ….. 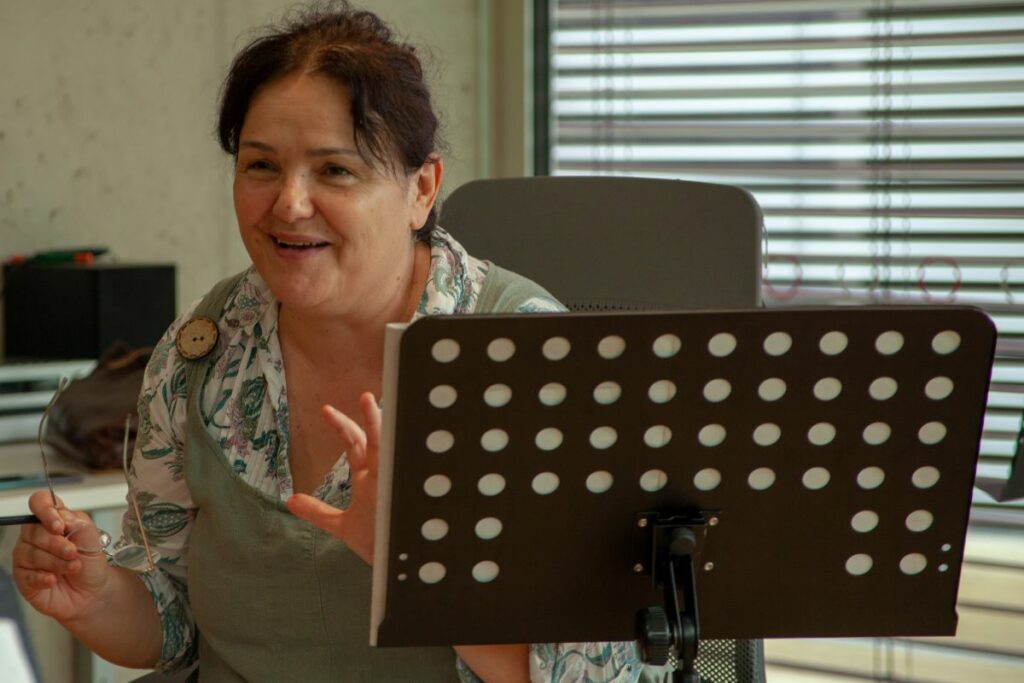 Our violin teacher Olivera Milić-Hirscher about the workshop.

“We rehearse in great depth, immersing ourselves completely in the service of the music concerned. Our aim is to strengthen the love of music in our young instrumentalists. They have the opportunity to build up their stage presence in a series of internal private house concerts, followed subsequently with the public performances on tour”.

Since its foundation in 2001, the colluvio Chamber Music Academy annually advertises its work phases and concert tours in the whole of Europe.

Our musicians study at institutions such as the Royal Academy and Royal College of Music, London, the Conservatoire National Supérieur de Paris, the Universities of Music in Vienna, Graz, Salzburg, the Tchaikovsky Conservatory in Moscow, the Music Academies of Berlin, Warsaw, Rome, Budapest, Belgrade …..
There are cooperations with music colleges, academies and conservatories from all over Europe.

After getting to know one another at Gut Hornegg, Austria, they are divided into 3 ensembles and rehearse and study with their new-found colleagues in works for Piano Trio/ Piano Quartet/ Piano Quintet.

Within a space of 10 days the “colluvio Method”  enables them to grow into three harmonious chamber music ensembles, where they gather experience in performance in internal house concerts and prepare themselves for the ensuing concert tour.

How the colluvio Workshop functions.

Days 9-10
Open Workshop
To round the rehearsals off our Guest Tutor Claus-Christian Schuster (Piano) works with every ensemble. 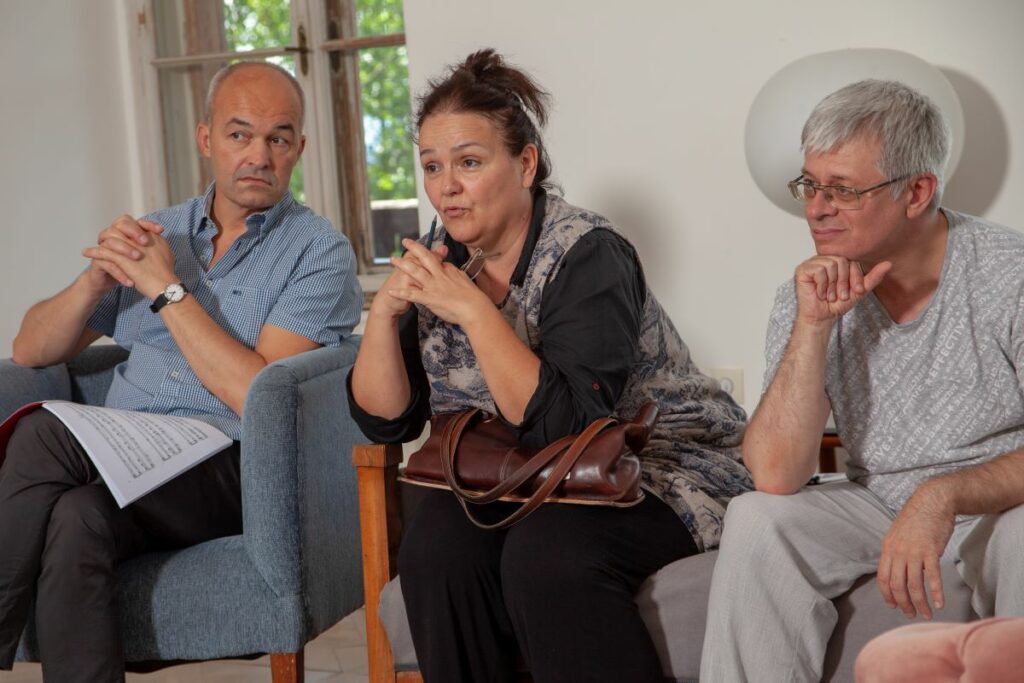 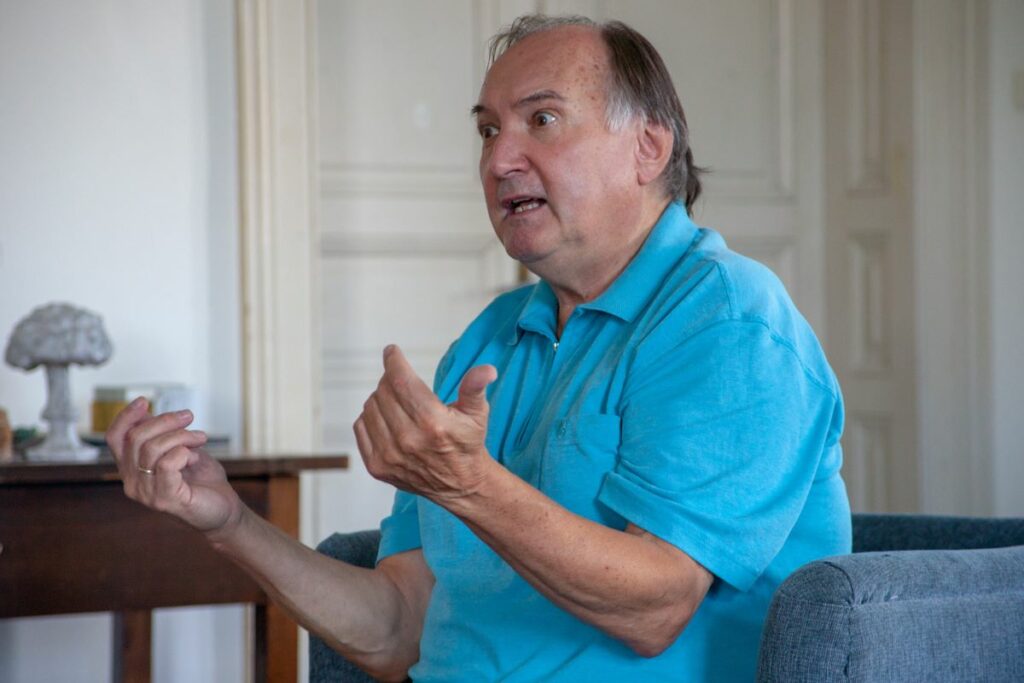 The number of participants accepted on the project is limited to 9-12.
The Credo of the colluvio Chamber Music Academy incorporates an intensive, individual approach.
During the whole project, 4 tutors are available for just 3 three ensembles.
That enables the most wonderful chamber music literature to be studied with the necessary detail.

„Our aim is to work with musical depth“ 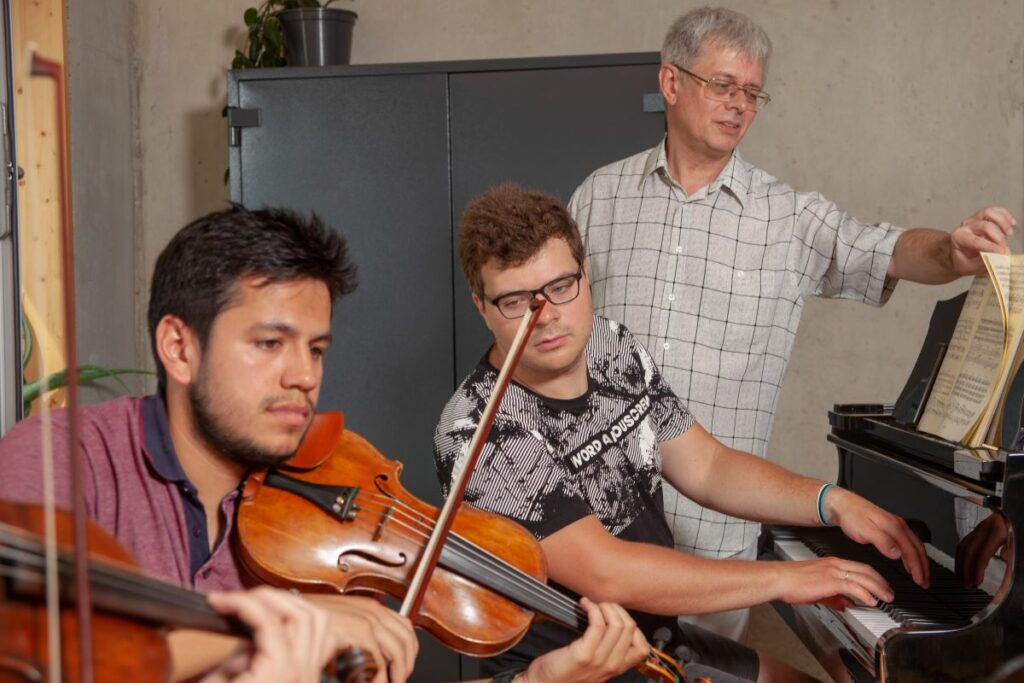 Our musicians value the fact that with colluvio they can immediately put their talent into practice.
From day 1 onwards the focus lies on the concert tour; consideration of the concert platform is of prime importance. All participants are given the opportunity to perform their well-rehearsed works in each of the 8 concerts on tour.

„Focus on the concert platform!“ 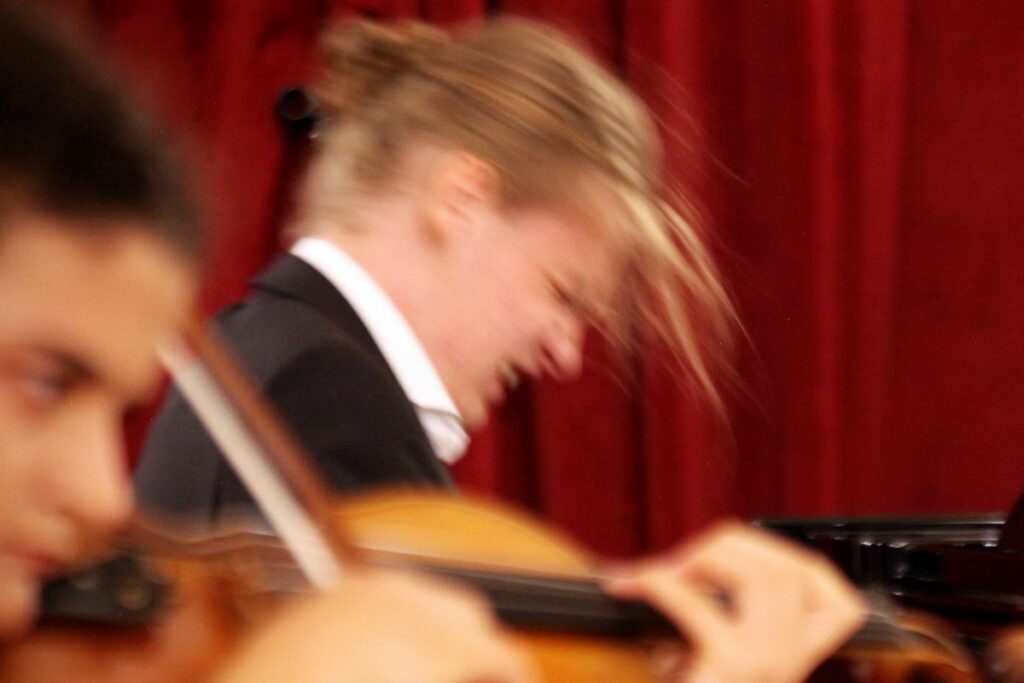 At the colluvio Master Classes the young musicians dedicate themselves to challenging literature, which they present every summer on a concert tour through Europe.

On the recent tour in the summer of 2022, works by the following composers were on the programme: Johannes Brahms, Maurice Ravel, Rebecca Clarke, Bohuslav Martinů and Iryna Aleksiychuk

Works for the Summer Tour 2023 will only be decided on when the participants are chosen. The programme is tailored to the individual qualities and talents of the players.

West with East, North with South

The Romans used the Latin expression colluvio (confluence) also to refer to peoples of mixed races, probably alluding to those countries not already completely romanised withinin the Empire.
Our interpretation of the word is a family from different nations, all involved in a joint human and musical experience.

Parallel to its high musical ideals and in accordance with the same, colluvio is a project dedicated to bringing people in Europe together.

Its origins resulted from impressions of the tragic happenings in wars between the nations of Jugoslavia. This moving history is documented in the impressive ORF- film about colluvio “Music after the War, Kosovo between Trauma and New Beginnings”. 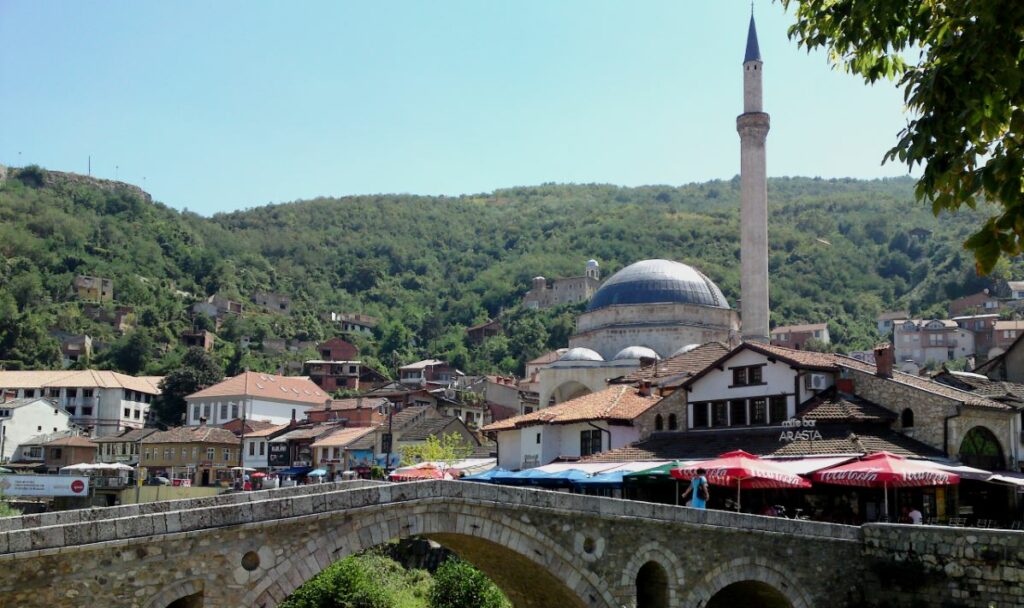 Concert tour 2010/ Prizren, Kosovo: Here one sees the old bridge with the Sinan-Pascha-Mosque, and in the background the burnt down Serbian district with the Holy Saviour Church.

Since then much has happened, colluvio has grown and developed. Understanding between nations through music has remained its central philosophy, even though in the meantime colluvio has gathered in significance far over the borders of its origins and now includes all countries in Europe.

Music students of a high musical and technical standard from all over Europe and neighbouring countries, as well as specially talented pupils of 16 and over.

Primarily the young instrumentalists taking part in colluvio have never made music with one another.
It goes without saying that fixed ensembles, e.g. a piano trio or a string quartet may also register. If a string ensemble is chosen, we would combine it with one of our pianists.

Final date for arrival of recordings is 15th February 2023! 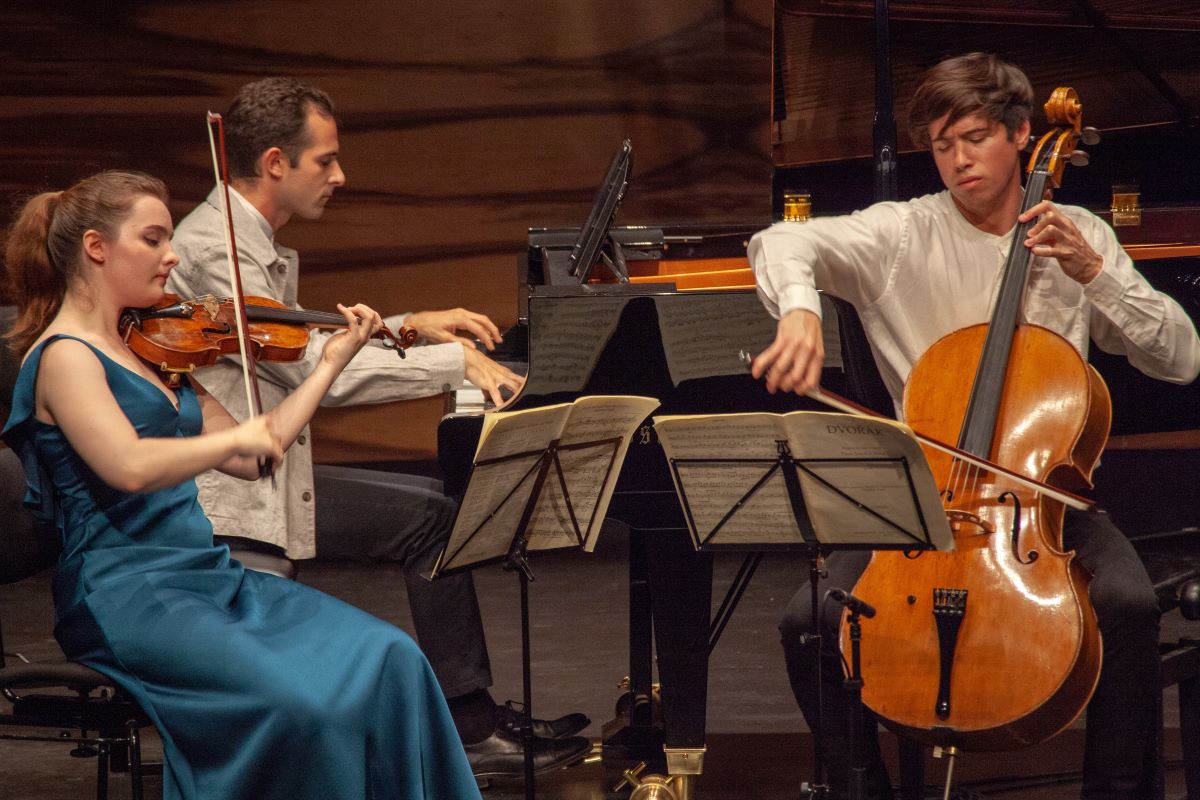 “We are on the lookout for young musicians as of 16 years of age who show a particular interest in playing chamber music with others.”